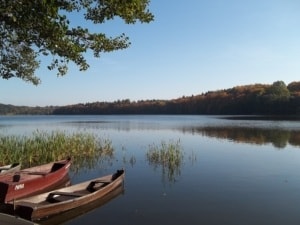 Anchoring a boat in a lake is very similar to doing it in the open ocean.

How to Set a Boat Anchor in a Lake?

Choose a location that is clear of other boats and any underwater objects. Avoid any wrecks, dense vegetation. Choose sandy or muddy bottoms. It is best to lower the anchor slowly into the water. Pay attention to the anchor rode, and set the anchor. Keep track of the currents and the water.

There are a few things to keep in mind however, since you need to endure the wake of boats passing yours and attempt to anchor in loose gravel. This means a different anchor might be necessary since fluke and plow style anchors are used for hard bottoms (rock and mud) and are needed for harsh weathering conditions which lakes usually lack.

While the other two types of anchor are meant to be strong, there is one that is used mainly for small rowboats and dinghy’s called the mushroom anchor. This is mainly because it is weak and operates well in calm conditions which a lake commonly possesses. It is shaped like a mushroom flipped upside-down with a shaft connected to a dome-shaped anchor made so when it hits the loose gravel, the sand will sink and gather in the dome allowing it to sink into the soft bottom. This is where the sediment is convenient because this kind of anchor is designed to seep through the loose sediment of a lake.

When deciding on the rode you will use, rope is pretty common in lakes and if you have a big boat, chain can be used to but the debate exists on the topic of how much rode should be used. A common rule of thumb for the length of rode is typically seven to ten times the depth of the lake though five would be acceptable as well. This can leave a lot of swinging room, but this is to prevent your anchor from becoming unset because once your boat gets directly above the anchor, the vertical angle makes it easy for the anchor to slip out of place.

When double anchoring, make sure you do not anchor from the bow and stern directly. Instead, do it from an angle, maybe from the corners of the boat. Let the first anchor out, throw it in reverse to stretch the rode all the way out, throw the second anchor out, and pull the rode of the first anchor to get ready to tighten it when the length is good enough. Pull the rode of the second anchor to tighten that and you’re ready to fish, sleep, or just hang out. Try to keep both of them equal length when you tighten one with the other and make sure each one’s length is at least five times the depth of the lake.

The process of anchoring and double anchoring is the same whether in a lake or the open ocean; however, the difference is the lack of harsh conditions you need to pay to endure with better equipment. Spending to prepare for conditions seen only in the open ocean is seen as a bad investment, especially since no one uses industrial sized fluke anchors in a pond anyway. If your favorite lake has a muddy bottom, though, you may want to try a lightweight fluke or plow anchor as those may serve you just fine. 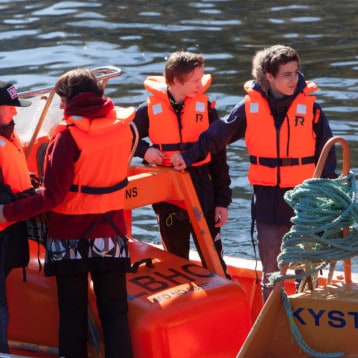 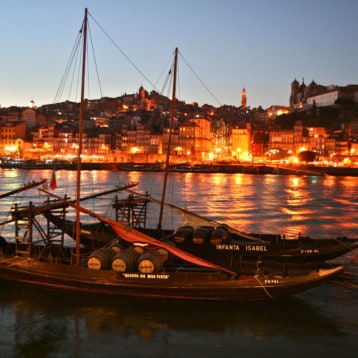 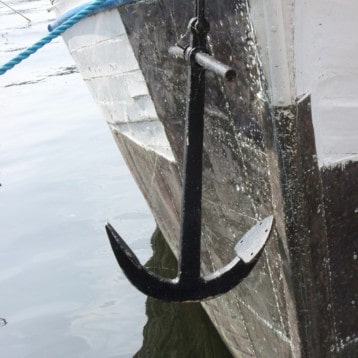 Size Does Matter When Finding an Anchor for Your Boat 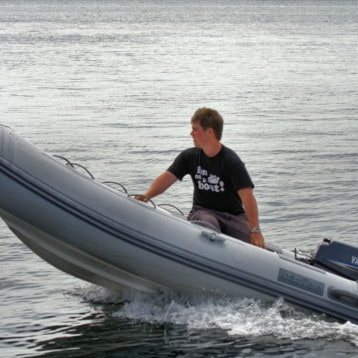 A Short Introduction on How to Get a Boating License 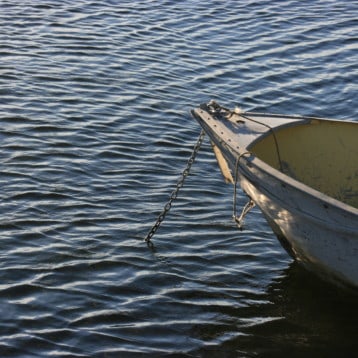 Going Deep: How to Anchor a Boat in Deep Water 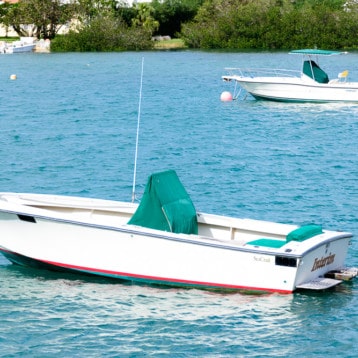 Double Team It: How to Anchor a Boat with Two Anchors